We are far away from a crowded scene.

From what we can see, the scene is a man surrounded by news reporters. His friend is up for a presidential seat. The news reporters want all the dirt on this man. They want his closest friend to spill the beans on him so they can rip him apart in the press.

And we slowly come closer and see what’s happening.

The reporters are hanging around him like dogs on a piece of venison. They drool. They bark ravenously with their words. The man stands in the middle of them. One reporter offers him ten million dollars for information on his friend’s private life. Another offers him fame. But he stands there quietly. Thoughts flash through his mind. Stories that he could give up for ten million dollars. The thought of ten million dollars, and fame?! Who could ask for more? Just the little stories. Once it’s happened it’s permanent. Except that no one knew except him.

The reporters screamed at him, “Shouldn’t the world know?!”

And there was no hesitation in the man’s voice as he said, “No comment.”

We most likely will never be called to tell stories about others with pressure like that. But do we give them up much more freely? Sure we do. When we commit to a friendship, the mistakes people make shouldn’t just be handed out freely for the entire world to see. If I’m a true friend, I’ll try to delve into people’s lives and help them with what their struggling with. And when I do, I accept the responsibility to not ever bring it out again for the world to see. Unless of course it’s a bigger problem that elders need to be called in to handle, but even then I wouldn’t do it without pulling my friend along with me. My love for my friend is going to keep me from spreading it all over the place like spreading cow manure all over the living room. But the truth that is there requires me to address my brother’s sins.

P.S. As a side note, let’s say there’s a person who we disagree with adamantly about an issue. Let’s say he’s talking about how the Trinity is false and Christ is not God. And I want to warn people about him. I would first of all refute his doctrine. I would not attack the man’s personal character. I may bring up reasoning that follows the lines of the consistency of his position and how it would affect his daily life. Unless of course he has proven us wrong. No theorizing though. Put your little demon hat away. If you’re not able to say what you’re saying to the person’s face then change how you say it. That would be one idea that I have.

At some point Paul mentioned names. He mentioned Demus as one who had forsaken him.

Warn people about a label. And then show the attributes of that label. And if you fit in that label then you’re wrong. But don’t be the person who creates a label and then stuffs people into those labels you’ve created.

I have seen many times, people who say this person is evil because of some fact that we don’t even know is true. They attack his personal character. They post bad pictures of him. They use absolutely no Scriptural reference. They use pet names to degrade the man/woman’s position. Hey, they’re smart. I understand how the game is played. 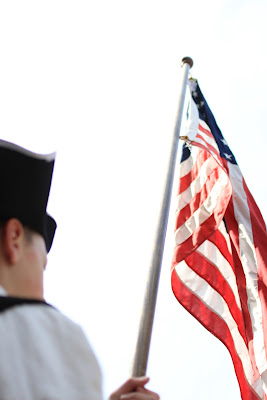 Thank you for this continuation! Your example is excellent! In that same vein then, Why do so many speak evil of dignities? They defame the names of our government officials which God expressly forbids them to do! They do not even know our current president personally like the man in your illustration, but they disrespect him and other authority figures by their words. Disgustingly ludicrous and ridiculous! Sorry for commenting again, but I so much agree with your proclamation against such a heinous sin! Thanks again!
“Let every soul be subject unto the higher powers. For there is no power but of God: the powers that be are ordained of God. Whosoever therefore resisteth the power, resisteth the ordinance of God: and they that resist shall receive to themselves damnation. For rulers are not a terror to good works, but to the evil. Wilt thou then not be afraid of the power? do that which is good, and thou shalt have praise of the same: For he is the minister of God to thee for good. But if thou do that which is evil, be afraid; for he beareth not the sword in vain: for he is the minister of God, a revenger to execute wrath upon him that doeth evil. Wherefore ye must needs be subject, not only for wrath, but also for conscience sake. For for this cause pay ye tribute also: for they are God’s ministers, attending continually upon this very thing. Render therefore to all their dues: tribute to whom tribute is due; custom to whom custom; fear to whom fear; honour to whom honour.” (Ro 13:1-7 KJV)