I see a lot of bashing of patriarchy. And some of it is well deserved.

Patriarchy: 1. A system of society or government in which the father or eldest male is head of the family and descent is traced through the male line.

Okay, I honestly see nothing wrong with this definition of patriarchy because of 1 Corinthians 11:3 But I want you to understand that the head of every man is Christ, the head of a wife is her husband, and the head of Christ is God.

The marriage works like a team. There’s a team captain. There are multiple players on the team. If there was no team captain or everyone declared themselves team captain you would have chaos. And I would suggest that the man is the team captain because of 1 Corinthians 11:3. It makes sense to me.

I read a study recently that said that when each member of the marriage has well, separate turf the household tends to be happier. (http://bit.ly/foTYEX) And yet you still have people saying, we need to all do everything the same. Men and women can’t be any different. We all have to clean the dishes, make the money, take care of kids, etc. All the same, or you’re a sexist.

And then you have all the feminists and others also whining, “Women are abused because they are under the head of some man.” o.0 Okay, and I assume all the people on a football team who aren’t the captains are abused as well?

Okay, so there are jerks in this world. There are some men who are worse than jerks. I’m sorry all you people who think the world is perfect. There are angry patriarchs. Those who don’t love their wives or their children. They want to be the head pig of the house. And I despise that type of patriarch. They are just infuriating.

But don’t forget there’s the other side of the coin. I recently read the blog of some man. He posted about how outside influences don’t affect your child. A child when he sees a comic of superman flying he doesn’t jump off of a building to try to fly. I don’t know if this guy was naive, but I’ve heard of more than a couple stories of children doing this… Anyways, the son of this man at 12 or 13 went on a killing spree and killed his dad, mom, and stabbed a couple of his siblings. How could he do this?! His dad was so nice and kind. He was a good dad. Not one of those evil patriarchs who was constantly bombarding his children with rules.

So if you want to play the let’s look at bad examples game with me, I can play it too.

This system is all based on love. And that’s honestly the problem. If the dad isn’t loving his God, wife, and children then this system is ruined. We have the angry patriarch. The one who’s doing what he’s doing all for himself. The rules he implements are to further his vision and not God’s.

Ephesians 5:25 – Husbands, love your wives, as Christ loved the church and gave himself up for her,

1 Peter 3:7 Likewise, husbands, live with your wives in an understanding way, showing honor to the woman as the weaker vessel, since they are heirs with you of the grace of life, so that your prayers may not be hindered.

So love your God, your family, and your friends. 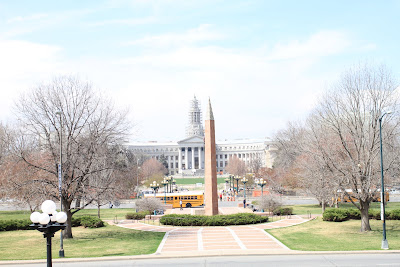 Amen. Mostly. I'd add that if the wife/mother is working outside of the home in such a way that she is helper to another man, or if her thoughts have been turned from home and she is no longer the ruler of the home and helper of her husband, then we have a problem.