In a time long ago there lived a small boy. He grew up in a small village that was situated in a small valley. He loved his goats that he took out to the mountains day after day. He loved looking up at the mountains and admired the beautiful flowers that came in during the spring. He laughed and played with his friends in the cold mountain streams during the summers. He meandered through the trees as they glowed a final goodbye before their beauty hid itself for the winter. He loved staring at the fire while snow billowed outside during the winter. And he loved the people around him. It was a simple time. The people were simple. They loved their little valley. This small boy slowly grew older. Once he turned eighteen he heard stories of the big cities beyond his large mountains. He heard of the fun, the business, the trinkets, and the many people there were. He slowly became dissatisfied with where he was at now. What were these people doing? They were simpletons. And so he left. He left for the big city.

As he came into the city after a tiresome journey he looked around and marveled. “Such large buildings,” he thought. So many people bustling around. He wandered around and stared in shop windows, admired the street vendors, and eventually ended up in the city square. In the city square there was what seemed to be a riot going on. There were people yelling. There were signs with expletives written all over them. And he wondered why these people were so angry. They had so much. They had their beautiful buildings. They had their big towers. Yet they still weren’t happy. He wandered away and saw husbands working in offices. But where were their wives? In his village families worked together. And no one looked happy. They owned big houses. They had lots of trinkets. They had so much, yet they weren’t happy. Why?

It seems like when we have much we forget about the simple time of life. Now we are so busy. We lose focus on the things we should focus on. We don’t see the simple life as cool. But I do see some of its benefits. 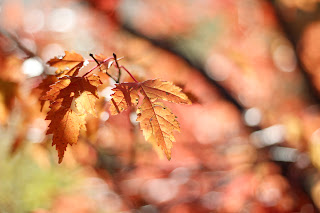