It’s that insecurity of hoping for others approval. But at the same time I hope that I won’t be worried about what others say. Because the assumption is they’ll either say it to my face or not at all.

I’m honestly sick of all the backstabbing that I’ve seen go down. Yeah, sure you can be honest to Jane about John. But being honest to John about John. Nope, not going to happen.

I tend to talk more than the average orangoutang, so I can at times open my trap once in awhile and spew out some local gossip. I’m trying to be honest to John about John, instead of to Jane. And I’m going to keep my stupid mouth shut about others. That’s part of being a good friend. You know, at some point your friend’s going to be stupid. It’s a fact of life that everyone does something dumb or a bunch of dumb things. But the fact is a true friend won’t go blabbing his mouth to every Joe, Dick, and Harry. And I do want to be a friend who people can rely on and trust. There are too many undependable people. If you want a friend who will gossip about you and use you, they’re really easy to find. Those who are dependable, actually care about you, and don’t spread gossip all over. That’s a different story.

So if you do find a friend like that, treasure them. I’m not a good friend, but maybe someday I will be.

I love running at night. You look up at the stars and breath deeply. You hear nothing except the pitter patter of your own feet on the ground. The moon smiles at you. The trees all around whispering to you. You have a chance to think and clear your head. The adrenaline pumps and you dash along down the road.

It’s rare to have silence today. Music constantly blaring in my ears. Movies to watch whenever I have downtime. Tv shows to catch up on. Radio stations to turn on when I get in the car. It’s rare to get any silence. Part of it is I just can’t handle silence. Whenever you’re around people you need to have a constant string of words flowing. Not necessarily good words, but as long as there are words coming out you’re good.
I think we should embrace silence more. Let’s stop drowning ourselves in constant music, movies, etc. Sometimes we should just sit outside, listen to the silence, and be still and know that He is God.
“Be still, and know that I am God.” ~ Psalms 46:10(a)
Picture of the Day #161: (I’m going to start doing these again… I might just have Winslow take all the pictures….. ;-P) 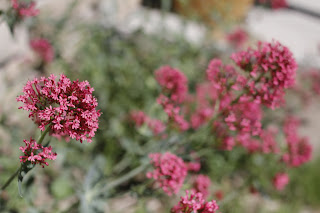 The way to love anything is to realize that it may be lost. ~G.K. Chesterton

“Blessed are the peacemakers, for they shall be called sons of God.” ~ Matthew 5:9

SHUT UP! I AM RIGHT. SERVE ME.

Man, the people who type in all caps, yes even for one word, are so annoying. Those ALL CAPS RAGES. So you’re yelling at me? Thanks?

The most humorous is those who think that typing in all caps somehow helps their case. It honestly just makes you look like an angry jerk.

Please never ever use all caps in argument. Except for that little letter at the beginning of each sentence.

Just my little tip of the day. 🙂

I’M GOING TO BED!!!! HAVE A GREAT SUNDAY! MY VOICE HURTS YELLING LIKE THIS!!!

Btw: I’m really experienced with this so everything I say = awesome sauce.

Marriage is ultimately either the creation of a great man or the ruin of a man. In The Millionaire Mind by Thomas Stanley, the fourth most important factor for those who became millionaires, when asked what made them successful, is having a supportive spouse. To know if your spouse is really going to be supportive then you need to know them…right?
I think one reason the dating system is fundamentally flawed is because it can create this fake aura that does not exist in the real world. You can easily keep a semi-fake personality as you seek to get what you desire. But at some point you are going to have to show the devil in you. The common phrase, “better the devil you know than the devil you don’t know” seems to hold true in this situation. This is not necessarily true in all cases, but at least you are more likely to find less surprises.
It seems that in a courtship you are hopefully going to get a look at real life. You can actually ask the right questions and move through a somewhat more rational approach.
Another reason I appreciate courtship is that you do have good (hopefully) feedback. Having wise counselors in your life is always a good idea in what is going to be one of the most important decisions you are going to make.
Also, I appreciate the fact that fathers are involved. I understand there are fathers out there who abuse the system of courtship. There are always going to be noobasauruses; but if we assume there is actually love then the system will hopefully work.
One thing I don’t always appreciate is that some people make it so rigid and complicated. I understand that you don’t want to create emotional commitment in a courtship, you want to keep the heart and body pure. But it is hard for a relationship to grow in a closed bottle with no oxygen.
I think with anything like dating or courtship there are bad ways to do both. Fundamentally I see courtship as a better built system. But if there is no love for fathers, no love for daughters, no love for sons, etc. then it would be better to just date.
Thoughts? I could write a lot more rubbish. But I’m tired and don’t have time to write more lore. Yay!

Today I’m thankful for my parents. I’m thankful for the overwhelming amount of blood, sweat, and tears they’ve invested into me. The constant flow of love that amazes me. The amazing passion for God’s word. The passion for others. The humility that they approach each situation with. The willingness to humble themselves before even their children and cry out to God. I see their imperfections and sins but I am overwhelmed by the repentance and love that they show. Even when they’re personally attacked I’m impressed by the wisdom and thought that is used to approach each situation. And most of all I’m grateful for the love for God and His Word. Pointing away from themselves and towards God.

Many people don’t love their parents. All they do is focus on their faults. My dad is a drunk. My mom is bitter. My dad is angry, etc. etc. etc. And that’s all they can say about their parents. At the point where you no longer honor your father and mother that seems like the point that you’re going to become some angry and bitter person. When you can’t cover over the faults of your father or mother is the point that you will be likely to betray anyone else. Honor of parents is so important. Yet it’s a daily struggle. At least for me it is, maybe not for you..

I have been very blessed.

What are you thankful for today? 🙂

The problem is people tend to get stuck in the I want to do this. I want to do that. They don’t want to focus on something and become good at it. And then move on to the next thing when they have the time to do it.. (And when I say they I mean me. <_<)
We’re given a lot of options. About a hundred years ago, you just didn’t get very many options. You learned from your dad how to farm and you became a farmer because you were good at it. Or you could become a blacksmith, a doctor, or a lawyer. While today you have what feels like a million options. You aren’t just a doctor. You could be an MD or an OD. You could specialize and be an infectious disease doctor or a gastroenterologist. You have a lot of options.
But it seems like many people instead of taking the many options and using them to their fullest instead they get stuck in some sort of frozen state of mind or something.. They go to college, switch their majors five times, and then finally when they graduate they work a job that’s different than their degree anyways. And then complain about their job.
Anyways… Many people have been given the opportunity to follow their dreams. The problem is you need to actually follow them. (Assuming their godly) Enough sitting on the couch dreaming about your dreams. They have to turn into a reality. Otherwise, you’re going to wake up in 10 years and you’re still sitting on the couch with a bag of potato chips outside in an alley..
Last of all, I would just say use wisdom. You need wise counselors. You need people there who are willing to tell you you’re terrible at singing or whatever it is.
“In the morning sow your seed, and at evening withhold not your hand, for you do not know which will prosper, this or that, or whether both alike will be good.” – (Ecc. 11:6)
Sow your seed and shoot for your dreams, and maybe it will prosper. But it won’t ever prosper if you never sow any seed.
“Rejoice, O young man, in your youth, and let your heart cheer you in the days of your youth. Walk in the ways of your heart and the sight of your eyes. But know that for all these things God will bring you into judgment.” – (Ecc. 11:9)

Have you not known? Have you not heard? The LORD is the everlasting God,   the Creator of the ends of the earth. He does not faint or grow weary; his understanding is unsearchable. He gives power to the faint,   and to him who has no might he increases strength. Even youths shall faint and be weary,and young men shall fall exhausted; but they who wait for the LORD shall renew their strength;   they shall mount up with wings like eagles; they shall run and not be weary;   they shall walk and not faint. ~ Isaiah 40:28-31


Sorry for the lazy posts. Sometimes I just run out of time.. <_<

If I had to use one word for people on the internet it would probably be rude.  They are rude up one side and down the other. Expletives all over the page. People screaming at each other. Lol. Man, I’m sure thankful for the internet.