It comes down to the fact that many young men aren’t ready to be married. Yes, young men exist and there are actually more males then females in the United States. So where are these elusive men?

Well for one there aren’t many men. There’s a bunch of males. They in theory have the body parts of a male but they don’t act the part. They’re a bunch of children. According to a Newsweek article less then a third of guys are growing up by 30 years old. (Growing up = leaving home, getting an education, finding a partner(wife..), starting work and becoming a father)

As a Christian young man I see the serious temptation to not grow up. I recently read a paper by someone on how teenagers (15-17) spend their time and boys typically spend about 85 minutes a day working and about 500 minutes a day with free time.

After looking at this I wonder why we’re complaining about boys not being grown up. It’s kind of a duh factor. If you’re spending 5x the amount of time goofing off then time working you think a man is going to be ready or even want to get married by the time he’s 22?

But we’re homeschoolers! We spend our time studying geography and staring at math books all day. We’re with our parents so the boys must be much better then the average.. Ha ha, I think not. Most of the time, when I converse with a boy between the ages of 15-20 they say they do school and after school, well they really don’t do anything. o.0 Really? School should take you about 3-4 hours a day and the rest of the day you do nothing? The problem is these young men aren’t being raised to work.

Guess what. If you’re raised by women it’s going to be harder to become a man. And from what I see, in two parent households, the moms are raising the children and the men are doing… Umm. To be honest I don’t really know. I figure most men have about 55-60 free hours per week if they work a 50 hour week. That seems like more then enough time to spend with their boys raising them and training them up. I’m blaming the men. I think it’s time to point fingers. (Yay!) Fathers need to look themselves in the eyes and ask if they’re raising their boys to be men. Both parents have a role in their children’s lives and I don’t see the men holding up their end of the bargain.

Now to the boys. Of course I’m speaking this while attempting to drag the log out of my own eye, but here are my basic thoughts. Number one, guys get a vision. If you have no vision for life you’re going to fail. You need goals for now and fifty years from now. Otherwise you’re going to spin your wheels and be one of those 30 somethings who aren’t grown up. Number two, stop buying the load of #%#@% that the world sends your way. They want you to think that a life with children, a job, a wife, a house, etc. is a bad thing. Maybe it is hard, but that doesn’t give you a reason to act like a child and hide from responsibility. Plus it’s going to be so much more rewarding. Number three, learn to sacrifice. Sacrifice is so difficult especially in our culture that’s taught us that it’s all about us and the newest toy. Number four, get busy. If it’s video games or computer time (except reading my blog of course. 😉 ) or television that’s getting in your way of being busy consider throwing it out of your life for awhile. Sometimes these are the lions in our lives and need to be killed. Lastly, grow up. Read good books. I’m starting to get sick of talking to girls who have read a ton of great books and talking to boys incl. myself who don’t read very many, if any good books.

To solve problems we have to do things differently. “Insanity: doing the same thing over and over again and expecting different results.” Everyone’s going to have to sacrifice their flesh in order to see change.

P.S. To be honest I feel pretty naive in this area, but I took my best shot at it. I appreciate others input. 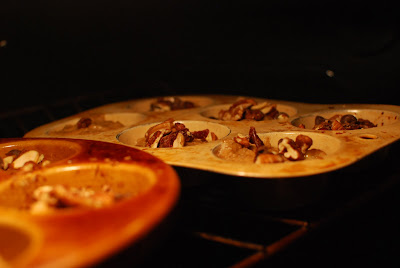 I think you hit many nails on the head. It is a spiritual and cultural battle to raise boys who know how to work, how to love work, how to ask and receive a vision from God, and to live self-less, sacrificial lives.
I also can't agree more about your comment that fathers have abdicated their responsibility in this area. Speaking as a father of boys, it is so easy for me to get caught up in my own compartmentalized work-life with the excuse of 'providing for the family'. However, it is with the realization that I will be accountable to God for what I do as a father that constantly corrects me back to the straight path.
Keep up the good work, Daniel!

Amen. Let us constantly be pursuing what our father and our Father would want us to be doing.